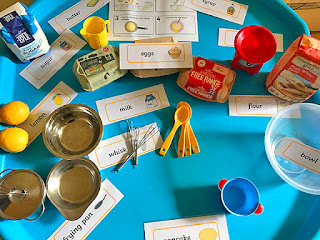 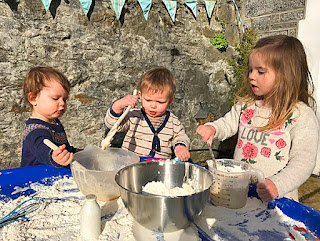 Today was Shrove Tuesday and we had a few activities planned that even the youngest children could participate in in order to enhance children's understanding of their community. Initially a fellow childminder set out a role play tray. We talked about the ingredients used to make pancakes and about using up the food before we give up some of our favourite items for lent. The children pretended to mix, break eggs and generally make pancakes for each other. 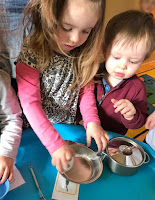 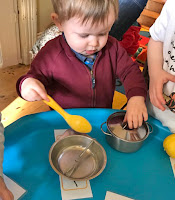 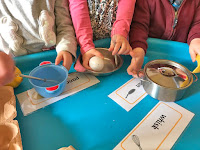 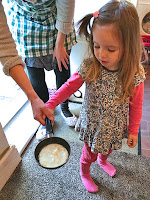 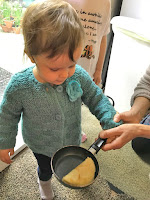 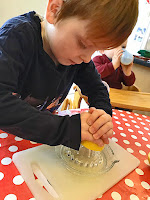 Then came the cooking and eating element of the day! The children watched how the pancakes were cooked and then all had a go at trying to flip a pancake. They chose some toppings and then attempted to squeeze some lemon juice to go on their pancakes. 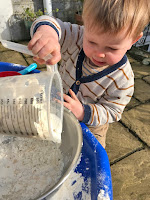 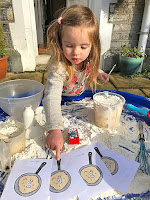 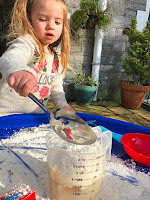 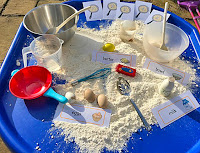 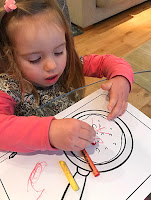 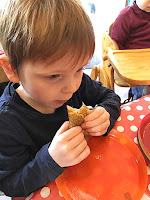 Later in the week the activity was extended through incorporation of some pancake themed messy play. I incited the children to play with flour, some small jugs of water and a combination of utensils. For the benefit of the older children there were numbers and words that they could incorporate into their play. The children had a great time scooping the flour into the water, stirring, pouring and eventually being brave enough to get their hands into the dough! 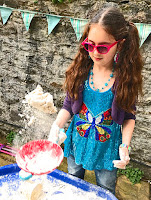 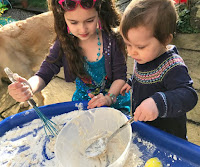 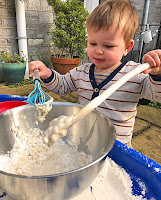 On their return from school our older children were keen to come and play and introduced the concept of making the dough into pancakes that hey could attempt to flip.
No comments:
Newer Posts Older Posts Home
Subscribe to: Posts (Atom)