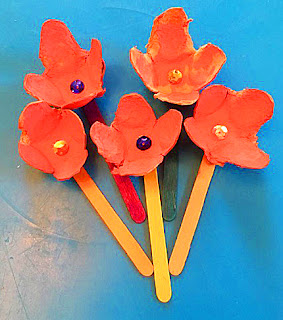 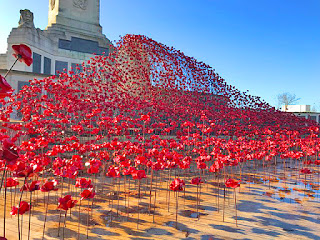 Understanding the community within which they live is import for developing children in order for them to make sense of their identity and relate to the world around them. Over the past week we have looked at age related activities that enable children to understand both Armistice Day and Bonfire Night. 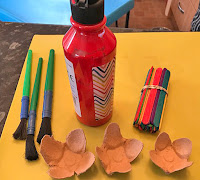 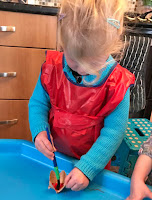 In preparation for Armistice Day the children initially watched a short CBeebies film about the relevance of the poppy. We talked about the war, the poppies and the 2 minutes silence. Having watched how poppies are made in the factory we thought it would be fun to create our own. Using egg cartons the children used red paint to make poppies and then stuck lolly sticks on for the stems. 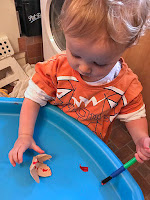 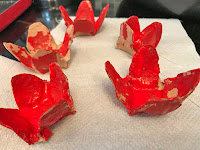 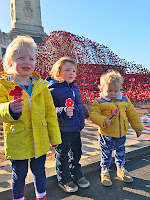 Plymouth Hoe currently has a display consisting of a wave of poppies cascading up the naval memorial and we though it would be nice for the children to see and relate to the poppies they had made. We were lucky enough to have a beautiful sunny day for our visit. 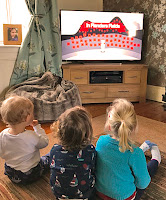 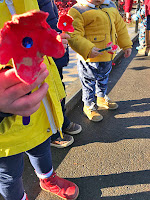 Also this week one of the children was telling us about the firework display they had seen. We talked a bit about the colours and shapes of the fireworks she had seen together with the shapes and sounds they made. The children decided they would like to create some pictures of fireworks so we called upon one of our favourite art methods for bonfire night of combining glue and glitter on black paper. 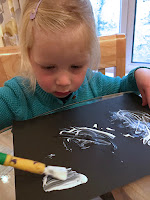 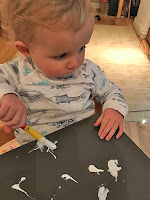 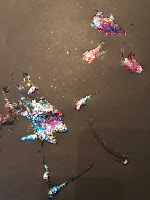 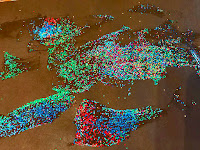 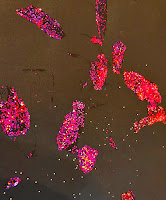 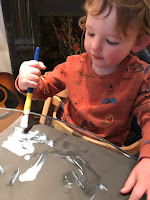 The children absolutely love choosing colours and shaking the glitter pots although glitter can be found for weeks after the art work has dried!
No comments:
Newer Posts Older Posts Home
Subscribe to: Posts (Atom)