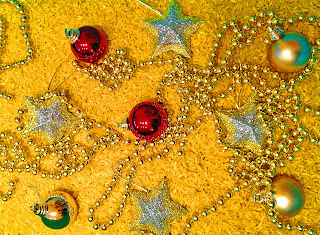 Children of all ages love sensory tubs filled with lots of fun objects to play with. As we are in the festive season I thought I would make up a seasonal tub containing dyed yellow rice with added glitter for extra sparkle. For an extra sensory experience I added cinnamon which gave the entire house a lovely festive smell! I also added some baubles, golden beads and some sparkly stars as well as spoons and cups. 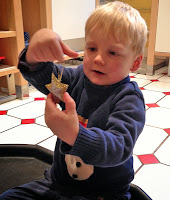 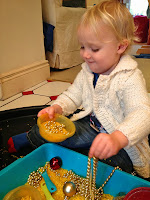 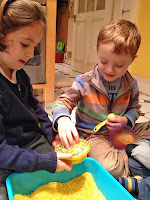 The younger children had great fun filling the pots with the rice. They then initiated a game of bury the stars in the tubs and getting the other children to dig them out which resulted in peels of laughter. The older children used the tray to initiate making Christmas cakes with the baubles being used to be the cherry on the top and the string of golden beads being used to depict the icing. 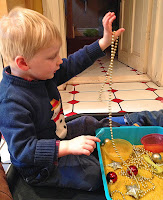 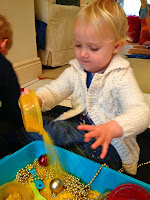 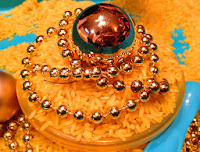 Finally the children asked if they could have lids for their pots and then made their own shakers, experimenting with the sounds the rice in the pot made.
No comments: 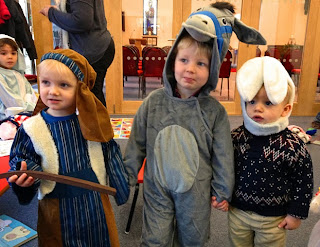 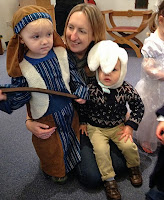 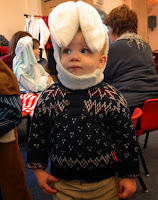 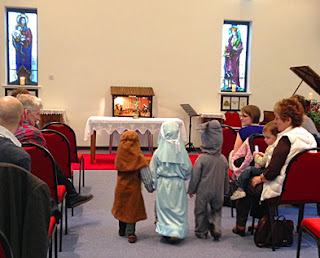 Approximately 20 children came together to help tell the story of the nativity and I was particularly proud of our shepherd, donkey and rabbit who all walked through the church beautifully when their part was called! Our three year old has been happily retelling the story of the nativity throughout the day and the others have been merrily joining in with his Christmas songs! This was a lovely way for the children to get involved in the story behind the Christmas celebrations surrounding them.
No comments: 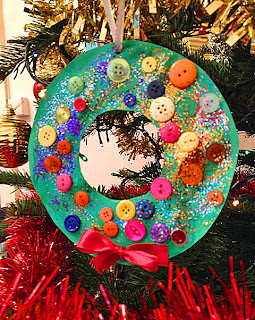 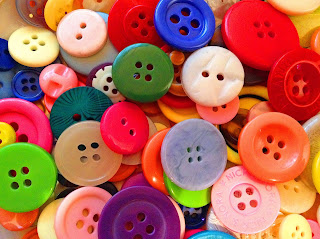 The children all love playing with buttons, exploring their textures and looking at the different colours, shapes and sizes and will happily sit for long periods sorting them and examining them. 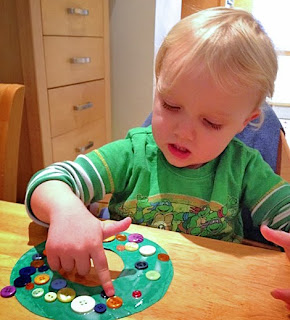 Each of the children started with a cardboard circle and a glue brush! They set about putting their glue onto the circle (with a little help for the younger ones!) and then began the task that they love most, selecting their own buttons to stick onto the circle. As a finishing touch the children added some glitter from the small glitter shakers. 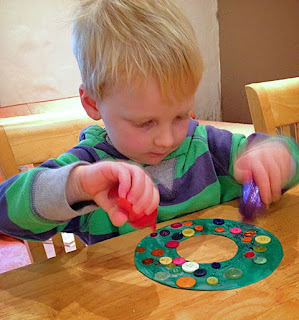 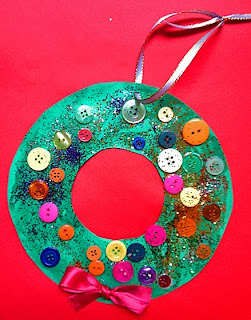 The finishing results were lovely and the children were very proud when I hung them onto the Christmas tree ready for them to take home.
No comments: 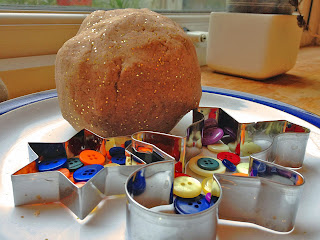 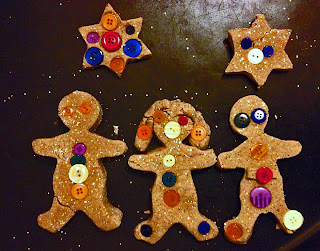 To start off our Christmas theme we made this lovely and very simple aromatic play dough. After making our normal no cook play dough I added some ginger and cinnamon to give that lovely smell of Christmas spices. 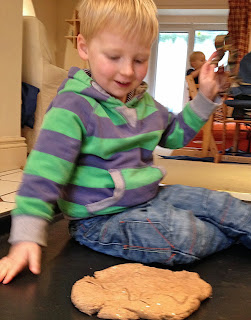 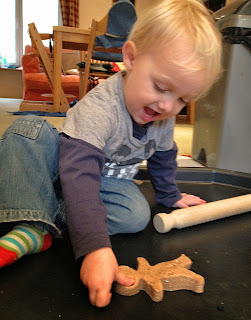 Offering the children the play dough together with some gingerbread men and star cutters together with a rolling pin and buttons led to some lovely men that the children were very proud of. The children also enjoyed cutting out and decorating stars. Our three year old even experimented with the shapes, working out that if he squeezed the star cutter he could make a shape resembling a Christmas tree! 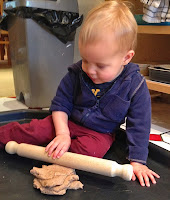 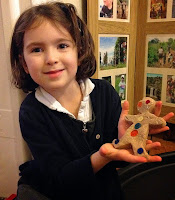 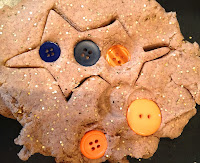 Once we had quite a range of little gingerbread men, our eldest decided that she would make a gingerbread woman to add to the party so she added some gingerbread ponytails to feminise her creation.